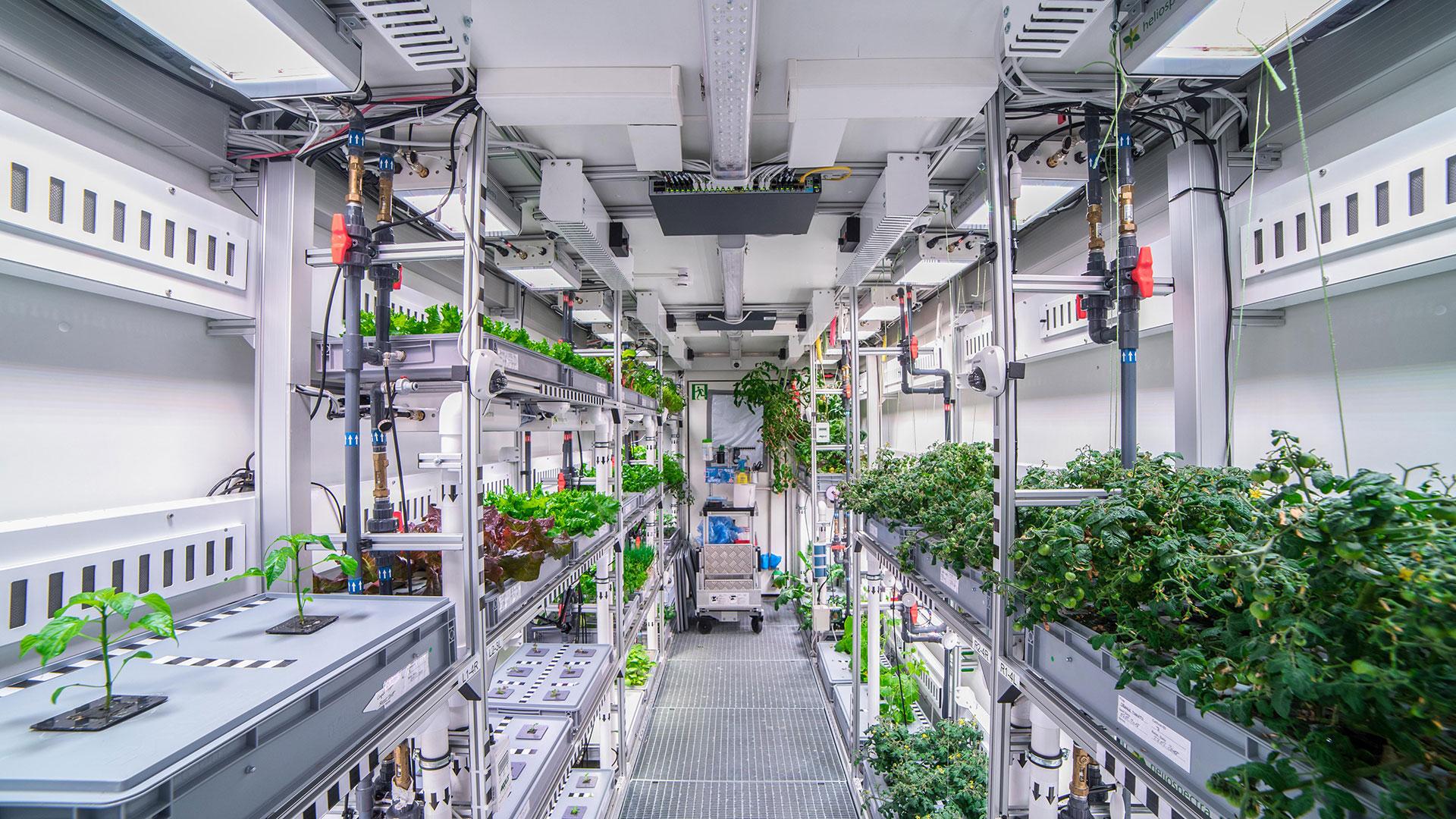 How do people eat on permanent missions in space? Astronauts need food for months spent in the International Space Station ISS or on future long-term journeys to the Moon and Mars? Not a trivial question, even if feeding astronauts isn't as media effective as spectacular rocket launches, it is still rocket science.
The German Aerospace Center (DLR) has an answer to this question. With their "Eden-ISS Project", DLR researchers in Bremen have developed a greenhouse system which, after a one-year test run in Antarctica, has now been found to be space-compatible. With its help, space travelers could be supplied not only with their "conventional" astronaut food but also with fresh vegetables that are produced without soil and under artificial light.

DLR scientist Dr. Paul Zabel spent a year as a gardener in the eternal ice. "In the space of nine and a half months, we produced a total of 268 kilograms of food on just 12.5 square meters, including 67 kilograms of cucumbers, 117 kilograms of lettuce and 50 kilograms of tomatoes," reported Zabel at the presentation of his results in August.

Building on this, the Eden scientists have designed a new space greenhouse. It can be shot into space with a rocket and then deployed, for example, on the ISS. It has a cultivation area of 30 square meters and is thus almost three times the size of the test container in Antarctica. "With this system, around 90 kilograms of fresh food can be grown per month, which corresponds to half a kilogram of fresh vegetables per day per astronaut with six astronauts present," explains Eden-ISS project manager Dr. Daniel Schubert.

However, the Eden-ISS project does not only serve space travel. The growing world population and climate change demand new ways to cultivate crops in climatically unfavorable regions. For example, a closed greenhouse enables harvests in desert areas and regions with low temperatures that are independent of weather, sun and season, and require less energy, water and pesticides.