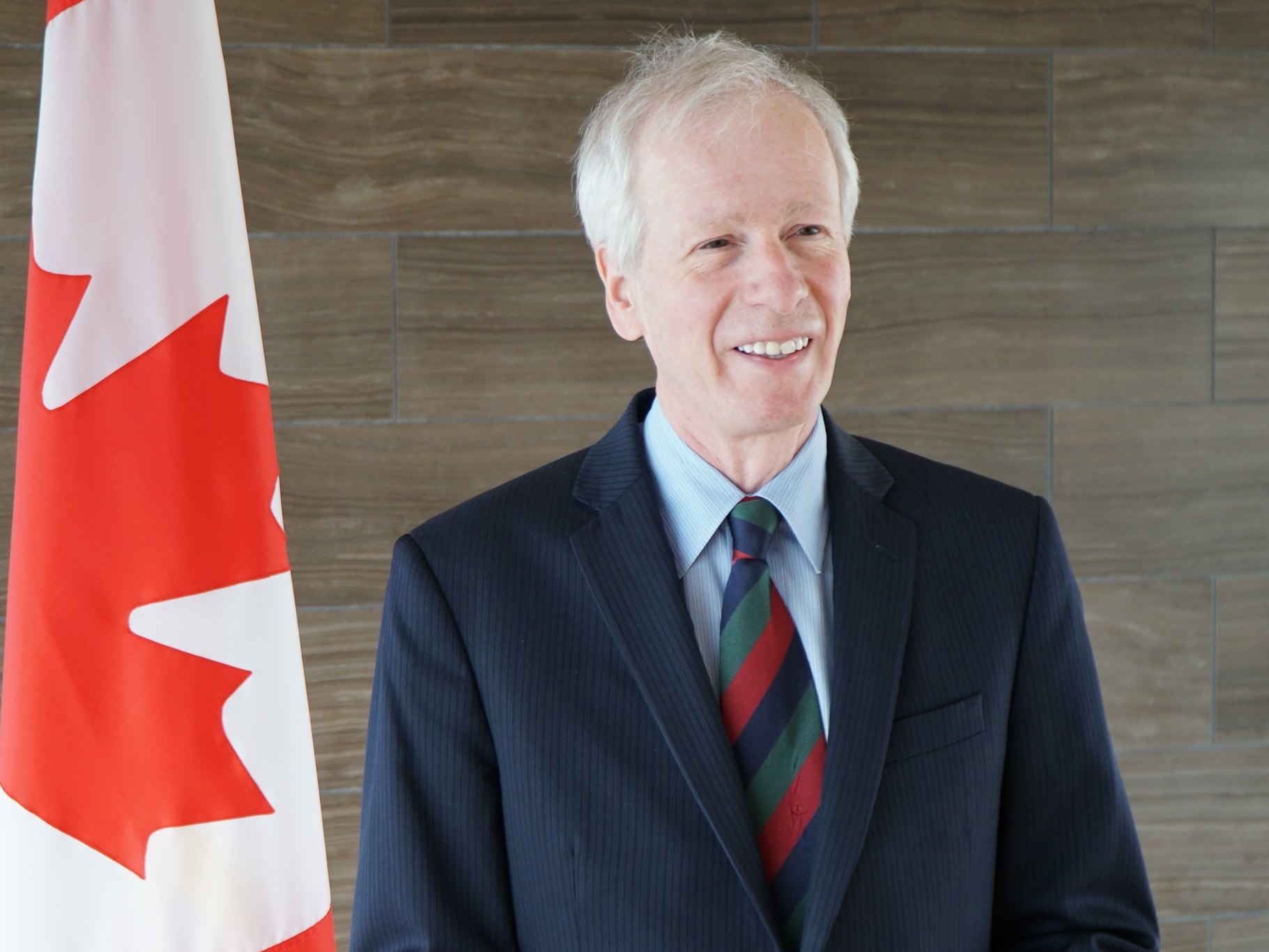 Interview with His Excellency, the Ambassador of Canada, Stéphane Dion

Canada will be participating in the Global Food Summit in 2019 through the City of Guelph / Wellington and present their project "50x50x50 by 2025 - Creating Canada's first circular food economy".
We spoke with the Ambassador of Canada in Germany, His Excellency Stéphane Dion (see photo).

1. Excellency, the Embassy of Canada is supporting the Global Food Summit 2019 in Munich. What are the reasons for this?

The aim of the Global Food Summit is very much in line with Canada’s priorities: to further the development of sustainable food systems with the help of new approaches and technologies for the benefit of all Canadians, but also for the benefit of the global population as a whole. Moreover, we are proud we will be present together with other cities and internationally renowned research institutes and companies. Canada is on the way to becoming even more international. So the Global Food Summit fits just perfectly.

2. What hardly anyone in Germany knows is that Canada is not only the world’s second largest country in terms of size, but that it also has very active urban centres with forward-looking urban projects, the City of Guelph for instance. Guelph would like to become the world’s first technology-enabled circular food economy. What’s behind this?

The area used for agricultural purposes in Canada is almost 700,000 square kilometer, but 80 percent of Canadians live in urban areas and Canada is thus – contrary to the stereotype – one of the most urban countries in the world. Canada is a country of immigration with almost 240,000 people arriving each year and most of them choosing to make their home in the cities. The city of Guelph in Ontario, which has always been a centre of agriculture and food production, has, as part of the smart cities initiative, set itself the goal of establishing an integrated and sustainable circular food economy. This is based on partnerships between urban and rural areas and between research and industry as well as on the development of new concepts to provide healthy, nutritious food for everyone in a climate friendly manner and with zero waste.

3. Excellency, you were Canadian foreign minister until 2017 and environment minister in fact from 2004 to 2006. Are you pleased to see the UN Sustainable Development Goals (SDGs) are now being furthered worldwide, primarily by the young urban communities? And what does the idea of sustainability mean for our daily food?

I am delighted by this commitment. In April 2018, Canada launched its Voluntary National Review web portal to give all Canadians, including our Indigenous communities, as well as representatives of industry, research and public institutions, the opportunity to participate. Our cities, with the creative potential of their universities and start-ups and their diverse cultures and lifestyles, are undoubtedly the main drivers of innovation. To me sustainability for our daily food means that we in Canada, a wealthy country with food in abundance, and people all over the world as well, need to be more aware of resource use, climate impact and wastage when consuming.

4. Are there any differences between how the topic of “innovative food” is discussed and integrated into eating culture in Canada and Germany?

The trends and discussions in Canada and Germany are very similar. The markets react to changes in purchasing behaviour and organic, vegetarian, vegan and gluten-free products, superfoods, convenience, low-sugar and artisanal foods are becoming more popular. In Germany there is a great interest in food from Canada and our Trade Commissioner Service cooperates closely with producers and exporters in Canada to expand the market. We also hope the Comprehensive Economic Trade Agreement (CETA) between Canada and the EU will further increase trade in the area of food, while fully respecting the right of governments to regulate as they see fit. There are differences as well though: The complete rejection of genetically modified organisms (“non-GMO” principle) in Germany and glyphosate limits mean some products from Canada are not allowed on the market here.

5. What would you like to tell people in Germany about your country that is not known already?

Canada is very popular in Germany and has a very good image. However, this positive picture is often based on the assumption that Canada largely consists of unspoiled nature, forests and lakes. Although this is in fact the case, Canada has a very innovative and productive research sector, too, with federal institutes such as the National Research Council. A federal country, Canada also has around 100 universities with excellent resources at provincial level, these featuring high in international rankings. According to an OECD comparison, Canada has the highest proportion of university and college graduates. This aspect of Canada as a science nation is still not sufficiently well known here in Germany. Especially with respect to the objectives of the Global Food Summit, this combination of vast nature and innovative research is an ideal mix.