The Global Food Summit 2020 focuses on topics such as “Artificial Intelligence and Urban Circular Food Economy”. Ambitious, but important, future-oriented topics because the ongoing digitalisation is also changing urban areas. New, technology-driven approaches such as the concept of the "Urban Circular Economy" can help here. Circular Economy stands for "a regenerative system in which resource use and waste production, emissions and energy waste are minimised by slowing down, reducing and closing energy and material cycles". To successfully implement such new ideas, many food industry organisations are already investing in the development of key technologies such as Artificial Intelligence (AI) and other innovative concepts. Even robotic bees that can take on the work of real bees are part of such approaches.

Forecasts predict that the market for AI in agriculture will reach $2.6 billion worldwide by 2025. Today, applications of AI in the food industry already include digital assistants, robots, autonomous vehicles and more. In the USA, the work on some farms is already exclusively done by robots. And the retail group Walmart has even applied for a patent on robot bees.

In Germany, such developments have been less prevalent so far. Even though many of those new approaches and concepts can help to meet the challenges of the food industry - such as the security of supply for the constantly growing population or environmental problems - nobody seems to really talk about them yet. And this is where it gets complicated: Innovations must be communicated in order to create awareness and acceptance within societies. The lack of communication is still a major challenge for the food industry - but this has to change.

Congresses like the Global Food Summit can help here because they play a key role in promoting global communication and the acceptance of new innovations within the food industry. Ubermetrics is pleased to support the Global Food Summit as a media partner. Over the next couple of weeks, Ubermetrics will monitor and analyse the public communication around the topics of the congress in order to identify trends and key influencers.

To kick off this series, Ubermetrics analysed the German- and English-speaking communication around the topics of the Global Food Summit - "Artificial Intelligence and Urban Circular Food Economy" - for a period of two months (July 2019 - August 2019) and also looked at a first practical example: robotic bees. More than 28500 articles, videos, pictures, comments, press releases as well as tweets and other mentions in digital and social media were evaluated and led to the following results:

The concept of Urban Circular Food Economies as well as the use of AI within the food industry is overall well received by the public: more than half of the communication is generally positive; only a few mentions are negative. However, the coverage around those new concepts, for example in news articles, is still limited and mostly factual:

Associations, industry players and investors seem hesitant when it comes to communicating. The consequence: a lack of information density and no structured communication approach.

Communication around AI within the food industry is less widespread, especially in German-speaking countries 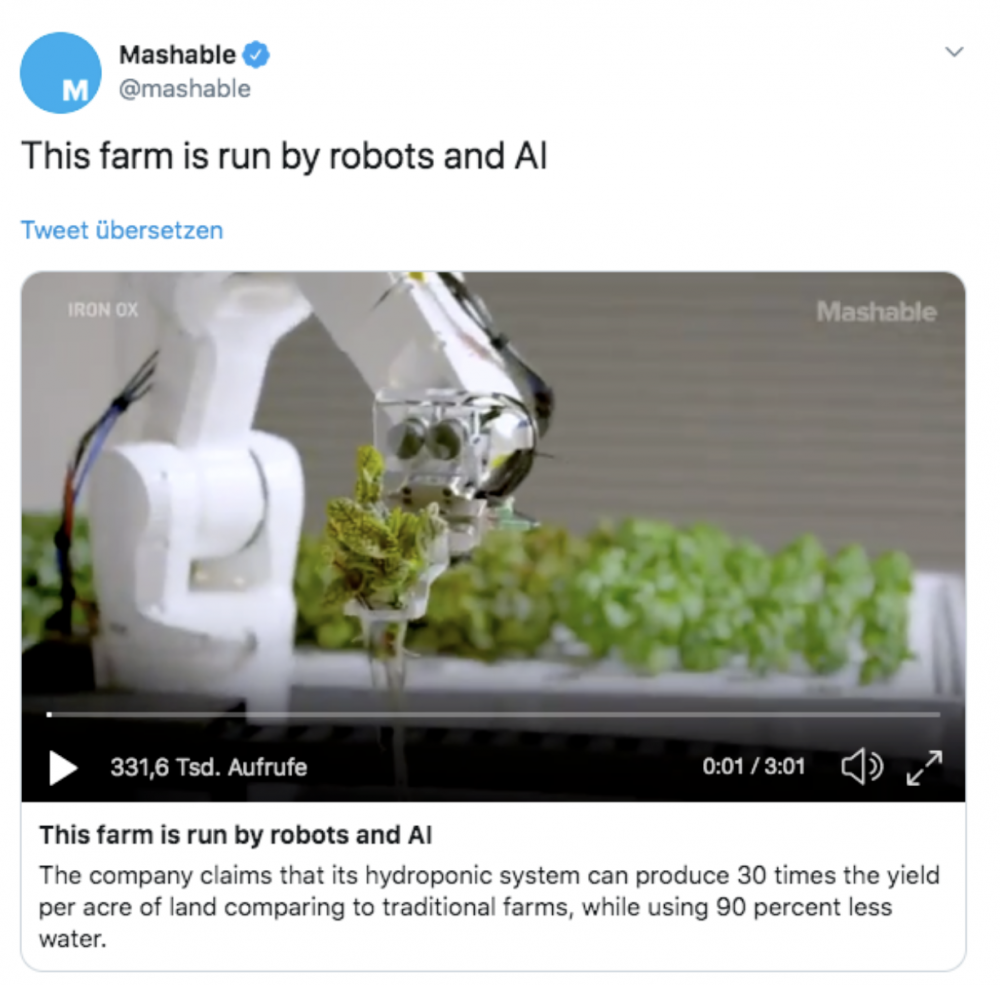 Robot bees are seen as a futuristic concept, but not reality

Robotic bees are artificial insects whose structure and behaviour should resemble real bees. The development of such bees results from the worldwide decline of the bee population. Many consumers, the media and institutions are talking about bee mortality. Robotic bees, on the other hand, are less widespread in public communication - we have found only a few mentions here. For the majority of consumers, robotic bees still seem to be a very futuristic concept which they associate with science fiction films, but not with reality. And the few of them who are already actively talking about those topic are still skeptical as to whether the use of robotic bees can be feasible and effective.